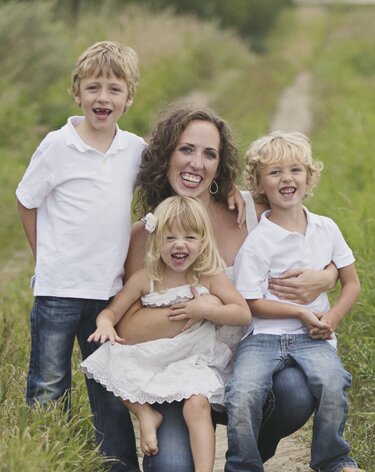 Hello, my name is Andrea, I'm a 34 year old, recently single mother of 3.  I've been a part-time massage therapist, full-time stay home mom for the last 13 years and now that I have 3 little ones to take care of financially I have been looking toward the future for a different career.

My kids are wonderful and my biggest source of joy.  I have 2 boys and a girl. They are 7, 6 and almost 4.  My middle child suffers from a global developmental delay and has sensory processing issues so he requires extra attention and resources.  And although that makes life more challenging, it's the journey we've been given and it's so wonderful to see how charming and happy he is, despite being behind his classmates, and also the extra patience and empathy it's developed in my other 2 children as they deal with him. 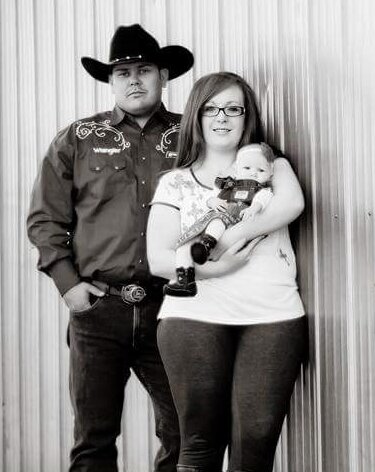 My name is Andrew Servetnyk. My girlfriend entered me to my surprise, so the morning she got the email and was screaming in the kitchen I had no idea what was going on.  When I got to the kitchen she asked me if I remembered the scholarship contest on the radio, I wrote an email entering you. I was blown away with many different emotions. At first I was a little upset that she entered me without my knowledge as I don't like asking for help, but then I took a step back and let everything process and looked at my family.  I then asked Brittney to show me the email that she had written you, it brought tears to my eyes knowing that she took the time to write you.  My family means everything to me, and I want to be able to provide the very best for them.

Now a little bit more about me. I am the oldest of 5 boys. Growing up I loved my Uncles motorcycles, spending time with my grandparents, playing sports, working on bicycles with my friends and my grandpa.  Now I love spending time with my daughter, nieces & nephews, going fishing with family, motorcycles, working on my truck or anything with an engine, and watching football. 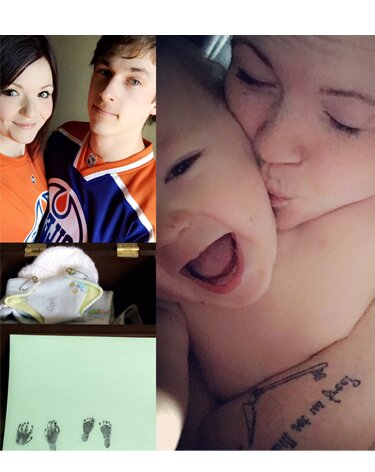 My name is Beth Gabel, I am 23 years old and originally from Moose Jaw and I have a 16 month old son named Jaxson.  I moved to Saskatoon to make a drastic change in my life. I left everything behind as I was an addict. I was a good student all through high school. I held decent marks and had a lot of friends in the crowd society would see as suitable. Everything changed for me when I started using after graduation. I went hard, and stomped on and hurt a lot of people that I held closest to my heart. It kills me the most  inside knowing what I had put my hard working single mother through, and she
never lost hope in me.

March 2012 - I showed up at my mother’s door step. I collapsed in her arms as she opened the door and I said I needed help. I went to rehab 2 days later after the start of sickening withdrawals, pain I would never wish on anyone. I have been sober since. After I left detox and rehab I decided the best plan was to leave the place I called home and start a new life where I didn't know many people. I had a lot of help getting on my feet and I couldn't be more grateful to be alive and happy and blessed with such a beautiful son and an amazing and supportive Boyfriend, family and friends. 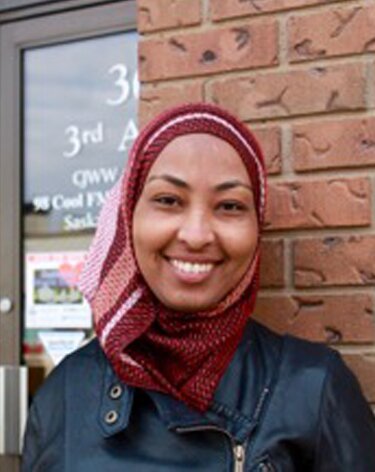 I am writing in support of Fatuma’s application. Fatuma is one of the most amazing young women I know, and the stories I could tell you to demonstrate this would fill hundreds of pages. The following are only a few of the examples of the courage, tenacity, and desire to succeed that make Fatuma the most deserving candidate for the scholarship to Saskatoon Business College.

When Fatuma arrived in Saskatoon in 2006, I was lucky enough to be her English as an additional Language teacher. At that time, she was a young girl struggling to learn English, math, and Canadian culture without the support of family or friends. To make matters worse, she was caught in an abusive, arranged marriage with a much older man. After a forced move to Alberta, more abuse, and the birth of her child, Fatuma took the brave step to end the marriage and return to Saskatoon with her five-month-old daughter. Since then, she has worked with super-human willpower to move forward in life. As Fatuma’s English has progressed, I’ve learned so much more about her experiences, some of which are far too personal to share. In the interest of her privacy, I will explain enough so you will know what incredible obstacles Fatuma has overcome in her quest to become a proud, determined Canadian. 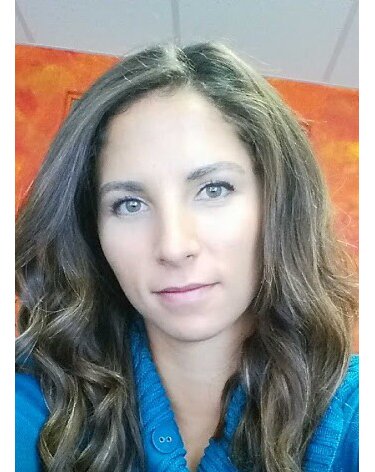 •    I’m 25, did a degree in Biology but am having trouble figuring out a career to pursue
•    Dream job: work with wildlife (but I don’t want to be a vet, and the rest pay next to nothing)
•    Realistic hope: find a career that pays enough so I can continue to volunteer on the side, be able to make donations and travel and do volunteering/internships around the world
•    I am considering going back to school but am worried about tuition (I'm also needing a new car and a new place to live so a career change/going back to school is not in the near future otherwise)
•    I’ve been in limbo for a number of years trying to decide between office work or a more hands on job, and whether to find a career I love that makes hardly any money or find one that I don't love that will let me do what I love on the side
o    I love to play volleyball, do aerial silks, volunteer at Living Sky Wildlife Rehab, WRSOS, the Saskatoon Zoo, and some other things that don't allow for jobs requiring shift work or being on call. I would also like to have some spare time for friends and eventually a family (and pets! lots of pets!)
•    I really enjoy office work – the clerical programs would give me the opportunity to become qualified for the better jobs so it might actually become a viable career that pays enough and still lets me do everything else
•    I currently work at a medical clinic (reception, Dr’s assistant, cleaning rooms, selling skincare products, lab work and working with medical documents)
o    Not interested in staying here much longer but will be difficult to leave since the Dr I work for says she finally found someone she’s happy with and really doesn’t want me to leave
I know you’ve received plenty of entries and I’m not usually a stand out person for this sort of thing. But I do try hard (especially if given this type of opportunity), I want it not just for myself but so that I am able to give back. It’s been making finding a career pretty difficult so far and I am really started to get stressed about it. I’ve also been having a bit of a tough time in other ways and I think this might help provide me with somewhat of a fresh start.